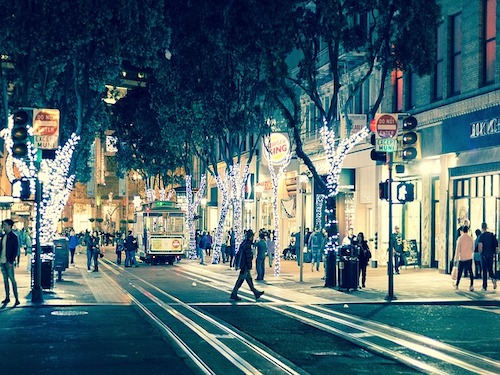 Earlier this year, the city opened a navigation center on 5thand Bryant street. The center is located next to the freeway onramp and is surrounded by a large wall, so from the street the center is hidden. Near the center towards Harrison street is a large former park area that now appears abandoned. The park was called Victoria Manalo Draves Park. At one point, this was a large beautifully landscaped area even had fresh green grass. But today, the grass is dead from lack of maintenance and has become an unofficial gathering place for the homeless.

Why is this an issue?

In the next several years, San Francisco will be developing two of the largest projects – the Kilroy Projectwhich will take over the current site of the Flower Mart and a new office building at the current site of the San Francisco Tennis Club. These two projects will require several thousand workers, and eventually will attract hundreds of visitors and shoppers a day. For pedestrians to get to this area, one of the major streets that will be accessed is 5thstreet, walking from the Market and Powell street BART and Muni stations. Everyone that walks from the Powell Street station will have to pass the navigation center as well as the Victoria Manalo Draves park, which is currently encamped with the homeless, drug dealers, and mentally ill.

Although these two projects are expecting to generate millions in tax revenue for the city, our government officials never seem to care about the negative impact that comes from the neglect and “lack of pride” for our city.

This park is an underutilized asset of both the city and the state. Instead of being a welcoming place for visitors and residents of our city, it instead represents waste and neglect.

I can understand if San Francisco was poor and had limited financial resources, but we aren’t. We are one of the richest cities in the world with one of the highest government budgets per resident – and yet, we are ranked as one of the worst-run cities in America.  This is just one example of how bad we are running this city.

I recently returned from a business trip in Boise Idaho. This city is booming like our city; however, city pride is evident everywhere. The streets are cleaned, virtually no homelessness exists, and the parks and streets are well maintained with plants, flowers, and trees.

A walk down 5thstreet in San Francisco shows a very different picture. On 5thand Mission you have the new 5M project that will include a major office, retail and residential space. From there, you continue to walk down and reach the Kilroy and SF Tennis development projects. On the walk from Market street, the area is cakes in dirt, trash, and often times feces and needles from folks living on the street. Unlike Boise, There are no plants, flowers or trees–  there is just filth. What kind of message are we sending to our city’s visitors and our own residents?

San Francisco has many problems that will take a lot of money to fix. However, if we improve what we all can see first, we will improve our image and help change how we as residents feel about our city– which should be a feeling of pride.

Be the first to comment on "Where is Our City Pride?"