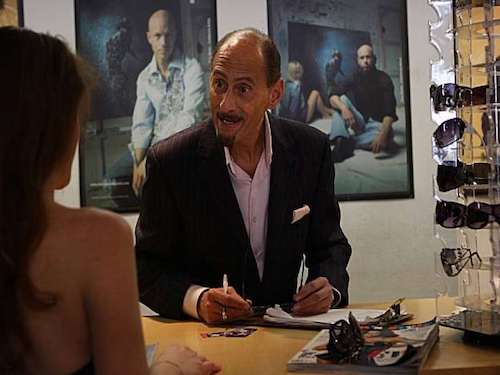 A Lesson in Sales From One of the Greatest Salespeople Today

Taking a trip down the memory lane of your life, you ponder about the unique characters you have met and have stuck in your mind. To me, that person is Harry O. I have known Harry O. for over 35 years. He works at the men’s store at the flagship Nordstrom story in downtown San Francisco.  He has been there now for nearly 10 years.  Harry O. is one of the greatest salespeople of our generation. He’s always been selling.

Prior to working at Nordstrom’s, he worked for many years at a store that was actually named after him called “Harry O’s Menswear” in the financial district. And before that, he was a car salesman.

What makes Harry O. so great?

He combines everything that a salesperson needs to be successful.  He knows how to open the door to win new business. He knows how to service existing clients and he knows the exact right time to close a sale.  From mastering the basic sales skillset, Harry O. has built a massive following that keeps business coming and clients following him wherever he works. Every single one of his clients love him. They go out of their way to see HIM, and they want to buy FROM him.

When he worked at Harry O’s Menswear, the real owner of the business decided to name the store after him because he knew Harry O. was the entire draw for business. People from all over came to see Harry.

His clientele was very diverse– from business men and lawyers to gangsters and criminals.  When you went to see Harry O., you were guaranteed entertainment and you can always expect the unexpected to happen. For instance, one time I was standing in line waiting to checkout when I overheard two customers talking at the register. One man turned to the other and said, “Hey, didn’t you put me away several years ago?” As it turned out, the man was an ex-convict who recognized the judge who founded him guilty several years ago. As if by magic, Harry O. has managed to create a broad base of clientele that he can count on to support him.

First and foremost, clients come to see Harry O. because they know they will be entertained. But he also works hard to keep his long list of clients happy. He will call his clients regularly, especially when there is a sale and let you know if there are items available that might interest you. He’ll also let you know of his schedule so you can be sure to visit the store when he’s working the floor. Harry has a certain charisma about him, that I’ve learned over the years – no one can say “no” to Harry O.

When customers arrive, the fun begins.  First, you have to find him. He’s always running around, but he never forgets to say often. He’ll often greet his customers with a hug and thank them for waiting for him. A visit with Harry O. will never last five minutes. He spends quality time with each and every customer.

Once he is ready to serve you, he asks what you need and then he begins his hunt around the store for you. If you become a regular customer, he knows your wardrobe and knows your style, but he’ll never push anything on you.  He picks and chooses and will tell you that does not look good or that does. He has toned down the foul language that was his signature at his store but every once in a while something comes out.  By the time you leave you will be buying more than you thought, but you leave happy because you got to see Harry.

He always asks about my family and I love asking him about his.  He is devoted to his family, particularly to his granddaughters that he is so very proud of.

I like to describe Harry O. as “old school.” He is one of the best salespeople I have ever met, and I am honored to have him as a friend.

Today, sales often happen with only email, text messages, or maybe a phone call. Sales has lost its personal touch. Servicing your client has become so impersonable. Too often, closing  involves no personal connection.  This obviously works in many ways today, however, as we can see with Harry O – he wins business every year for an entire career by keeping the personal touch and building a personal relationship with his clients. Can you think of a salesperson you actually will go out of your way to visit and want to buy something from her or him? With Harry O., customers don’t buy because they need something, but because they want to support Harry.

This kind of salesmanship came from years of caring, supporting, and investing of his time in his clients.  We have a lot to learn from Harry O. Hopefully when you visit San Francisco you will have the opportunity to meet him.