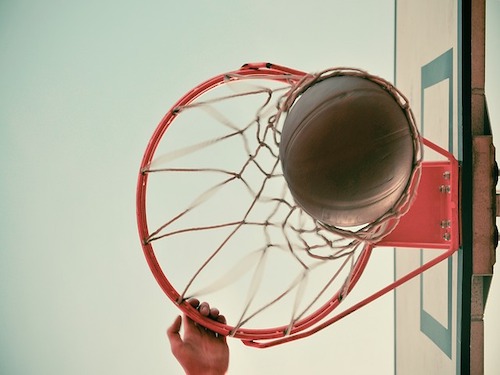 In the first round of this year’s playoffs between the Golden State Warriors and the Los Angeles Clippers, the Clippers were down 31 points late in the 3rdquarter and managed to beat the defending champions.  In the early 1990’s Kentucky came back by the same amount with less than 15 minutes left in a March Madness game that, to some, was the greatest sports comeback of all time.

My son and I were discussing this and then thought about the greatest comebacks in general.  I said the allies beating the axis and also, Richard Nixon losing the California Governor’s race, stating to the media “You will not have Dick Nixon to push around anymore!” Several years later, he was elected President.

It was Easter when my son said, “Wasn’t the great comeback Jesus Christ rising from the death? That one was clearly hard to beat.”

If you get on a losing streak, it takes guts and clear focus to get yourself out of it.

When I train new agents, I tell them that their careers will begin as if they are thrown into the middle of the ocean and told that land is nearby. They can’t see the land and they don’t know what direction to swim. They will feel like they are going to drown. BUT those that can fight through it will eventually see the land and get there.

This can also happen to successful salespeople who have been forced into their sales careers for a while and then try later to comeback.  Too many markets change, their old contacts are gone, and they are left having to start all over. Many try to do what they did before, only to learn that their markets have changed so that they have to reinvent themselves.  To many, their great comeback is the ability to get back on track and become productive again.

So many of my friends that have held high positions, particularly as they got older, found themselves without work and as time continued to go by, they lost their way back to being productive and working again.

It’s important to look at comebacks of others and realize the enormity of their challenges. Look at yourself in the mirror and if many people have been able to turn their lives around and comeback from a loss– why can’t you? This is the first step in your comeback.

Be the first to comment on "What Was Your Greatest Sales Comeback?"