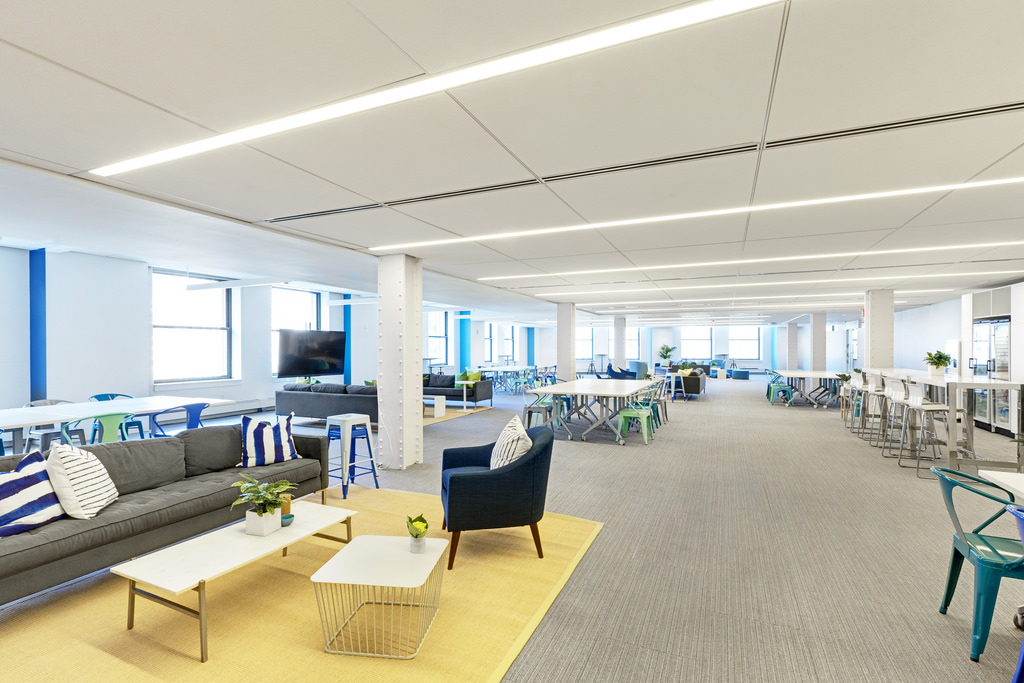 For those of you way too young to remember the Bewitched television series from the 1960’s and 70’s, each week we watched scenes of Darrin Stevens working out of his advertising office in New York.

Darrin’s office included two or three exterior windows, a very large desk, a large cabinet for storage, a decorative throw rug over wall-to-wall carpeting, and more importantly– a bar. When he would leave his office, he had a secretary and her desk directly outside of his door. His boss had an even larger office that included sofas, a large conference table, and of course– a bar. This was a typical professional office of the 1960’s through the 70’s.

With the introduction of personal computers in the 1980’s, we saw office sizes shrink, drinking while working became frowned upon, the office bar was completely eliminated, and the private secretary became a secretary for everyone– serving multiple executives instead of one.

In the late 90’s and early 2000’s, the “open plan” office grew popular and we saw a decreased need for private offices, with the exception of top executives of course. In sales, the top producers were rewarded with private offices, while the rest of the team was pushed into open bullpens.

Today’s office space is nothing like the past. Offices are more of a combination of home and sweat shops, rather than Darren Steven’s 1960’s advertising agency. Back in the 1960’s, the average per square foot allocation per employee was over 225 square feet per person. Today, the average is 125 square feet down from 200 just three years ago.

Top office designers suggest that offices today have to compete with the flexibility offered to all employees at most businesses, and therefore offices need to simulate homes, rather than offices. Larger offices include full services for their employees including all day catering, personal training at their onsite gym, transportation to and from work, and even offers to have your car serviced while you work.

During a recent Gensler Architectural presentation, I learned that some offices need to include facilities for pet care, child daycare, and even senior adult daycare. It’s become a benchmark to have businesses take care of all employees’ personal obligations off the table in favor of having workers continue to work.

The other major shift that came into play is the use of the smartphone. With phone calls being replaced with texting and emails to conduct business, offices do not have to be as insulated for sound as they once did before.

In fact, the quietness of an office, particularly a sales office, is no longer a factor. With built-in music speakers in the walls, and television monitors mounted on walls throughout an office, there is also less need for private office space and an increased need for sofas and communal lounge areas.

Today, private executive offices are practically extinct, as executives are now taking seats in the open area with all other employees in order to create a more collaborative work environment and a utilitarian office.

It’s way too early to tell how these new office environments will play out. With tech firms, this has been the norm going back to the Dot.com days of the late 1990’s. However, for conventional businesses, this is a major shakeup and its long-term success will take time to measure.

via Today’s Office Design Not Your Grandfather’s Office