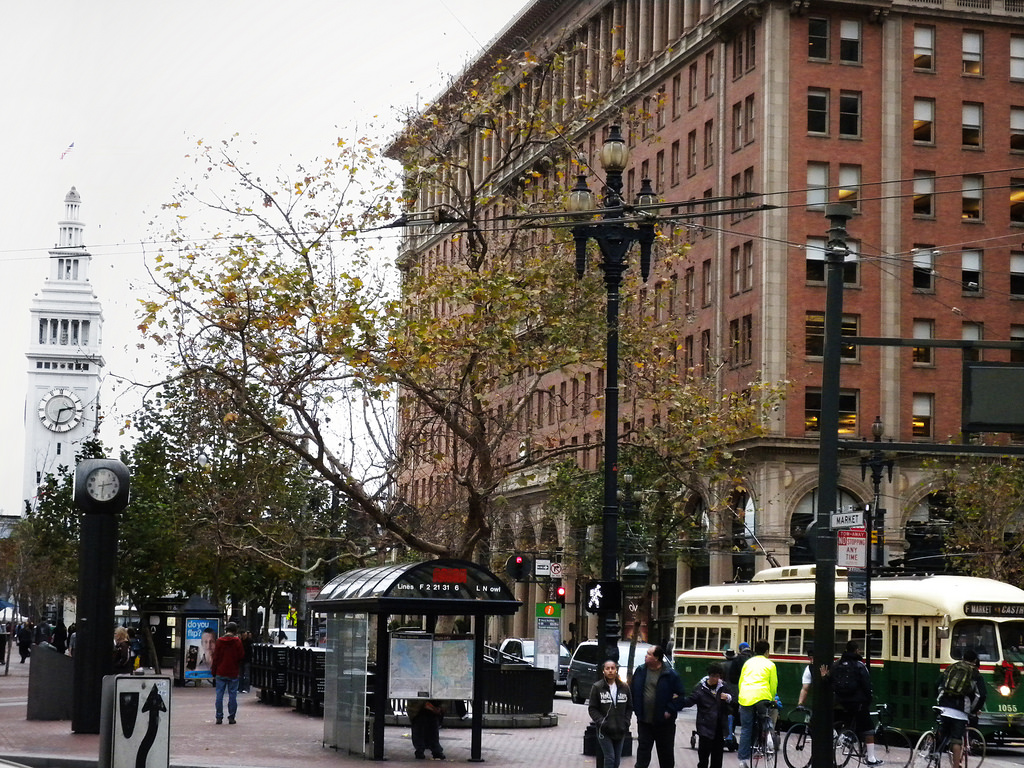 In the 1970’s, I was working in the vending food business. Our company operated in San Francisco and was the largest independent vending machine company in the city at the time. We had vending machines in almost every office building in San Francisco. We later expanded our services into providing lunch alternatives and catering. Soon after, we had then moved into the coffee business, offering in-house coffee and beverages for offices.

At the time, businesses had provided food to their workers within their offices in an effort to keep them during their lunch breaks in the office, thereby reducing potential work time lost if they had left the office for lunch. Strangely enough, we are now entering a period where in-house food services are becoming more of the norm, particularly with the tech tenants. Twitter, Yelp, Firefox, Google, and many more tech startups are offering food and beverage within their office headquarters.

But what kind of impact does this shift have on surrounding retailers in the financial district? Back in the 1970’s, most of the financial district was filled with large banking outlets in corner locations. Travel-related services such as airline ticketing agencies and stock brokerage companies filled the remaining spaces.

Restaurants were larger destination establishments, such as Doro’s on Montgomery Street, The Old Poodle Dog, and Jovanelos on Sansome Street. These restaurants thrived by not only serving meals, but also serving drinks that stretched lunch time to hours. The fast food outlets and coffee houses of today were built by chopping larger retail spaces down into smaller retail stores.

Banks, travel agencies and stock market businesses have been reduced in size and need due to the advent of shifting business into online-only. CVS, Walgreens and now Target have their “urban” store concepts, which compete for the former larger spaces. There is still strong demand from fast food operators looking to serve the lunch crowd. Traditional clothing retailers and service retailers are fading from the market place.

In this evolution of “how to conduct business,” we have gone backwards in creating today’s version of “sweatshops” that keep office workers in confined quarters and controlling their free time by offering attractive food and beverage services within their offices. Ultimately, this will turn away potential retailers from setting up shop in the financial district. Landlords will need to get creative in order to lease out these spaces.

I believe we will see a number of the vacant spaces converted into the essence of a commercial billboard. Chase Bank in Union Square is a prime example of how ground floor retail space can be converted into advertising instead of actual work service spaces. With so many restrictions on billboards in San Francisco, retailers have to think differently to promote their brand. Stock brokerage companies such as Fidelity Investments at 44 Montgomery Street, no longer live off of foot traffic. Instead, they will need to advertise their firms in these ground floor locations, and will pay big rent to do so.

Having been in this market for some time now, I have learned from experience that there are very few new brand concepts out there. Rather, there’s a lot of reworking of old ideas. It will be very interesting to see how retail continues to evolve in financial districts around the world and to see if any true new concepts will be found that will ultimately revolutionize usage of retail space.

via The Evolution of Retail in San Francisco’s Financial District