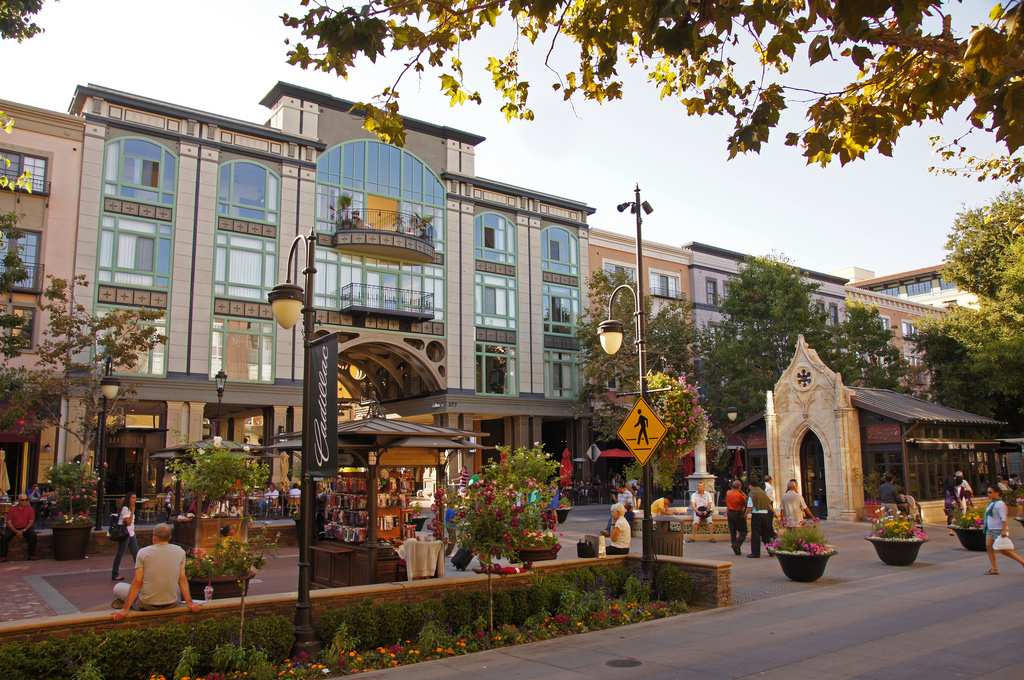 Years ago, neighborhoods were built around neighborhood street retail. Often times people lived above retail stores or homes were within a short walking distance to a local market. The daily activity was to pick up food for that day’s meals. Back then, no one bought large quantities of anything because everyone was living hand-to-mouth, and paycheck-to-paycheck. Convenience was king. In San Francisco today, the most expensive neighborhoods are high in the hills where often times you’ll find the most beautiful views of the Bay. However, historically homes on the hills were where the poor people lived because they had to carry all of their shopping bags up such steep inclines.

After World War II, the American economy expanded and more people had more money to splurge and even purchasing cars for the family. The concept of shopping centers that we know today were also born. The neighborhood’s needs for daily shopping slowly died out, quickly becoming replaced with larger grocery store chains, supported by a parking lot so that its customers could drive and conveniently park nearby.

Today, the entire retail business is being turned on its head once again with the popularity of online shopping. As online retail giants such as Amazon close in on same-day delivery (and in some cases with one-hour delivery), shopping centers across the country have seen some dramatic declines. Add the fact the millennials (under the age of 35) are now buying cars and living a more minimal lifestyle, meaning shopping centers need to redefine themselves or eventually die out.

A number of years ago, lifestyle centers appeared to be the answer. Lifestyle centers are defined by the International Council of Shopping Centers (ICSC) as a “specialized center” that has “upscale national-chain specialty stores with dining and entertainment in an outdoor setting.” The ICSC further describes them as a “multi-purpose leisure-time destination, including restaurants, entertainment, and design ambiance and amenities such as fountains and street furniture that are conducive to casual browsing.” Throw in a movie theater to create a sense of a neighborhood in their shop design and welcome to the latest concept in retail. However, lifestyle centers are faced with similar challenges as traditional shopping centers. You still have to get there by car and in most cases all of the merchandise found there can also found online, which to many is more convenient.

Attending this year’s ICSC Convention in Las Vegas, the theme through the conference was “density availability.” This concept involves taking existing or new shopping centers and creating neighborhoods around them, much like our grandparents had lived, by incorporating new construction of offices, residential space above existing shopping centers, and creating a work- live- and shop community, where everything needed is made available within steps of your home.

This new era of shopping centers will focus more around food and entertainment. Millennials eat out and like new trendy food concepts. Entertainment combined with fitness will also be the new retail of choice. The rapid success of franchises such as Soul Cycle is evidence that small retail stores offering fitness and entertainment can be lucrative with this adult generation. It also offers true competition to online retail because you can walk downstairs and down the street to get what you need.

Successful retail property values will increase as square footage goes up. If proven successful, retail will have gone full cycle back to the days when neighborhoods provided a more personalized day-to-day experience for retailers and consumers.

via Density Availability and The Cyclical Evolution of Retail

Cities Across the US Need to Carefully Consider Zoning Changes