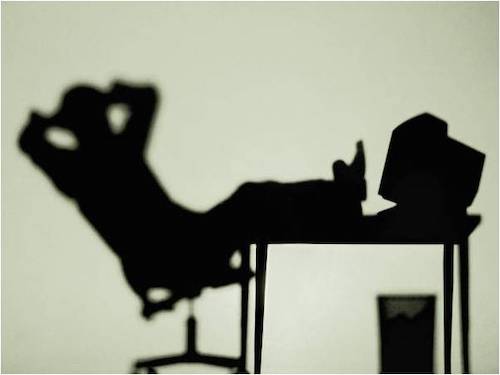 ATT’s new ad campaign featuring examples of “when Ok is not enough” really hit a nerve. This is one of the best ad campaigns I have seen in a while and spoke right away to our profession as salespeople. Are you just ok as a salesperson or are you the best you can be?

Our fast-tracked world today makes it easy to create systems that uniform your sales activity and provide good service and an eventual close of a deal. But have you built a system for yourself to identify you as the best?

Today I picked up a new car. About a month ago, I went online to build the car that I wanted. I asked for a quote from dealers within a 25-mile radius and immediately, I got an email from a sales rep named Monica who said that the internet manager, named James, will be reaching out to me the next day. I expected to hear from the other three dealers in the area but didn’t get a response. I also responded to the dealer that did contact me, asking to set up a phone call to discuss the car­–  I never heard back from them either.

The next day, I called the dealer that reached out to me, asking for “James” who was supposed to reach out to me. No one knew who James was. Instead, they redirected me to the Internet Sales Manager, who did not answer my phone call or respond to my voicemail.  I never heard from them either.

I proceeded to call the other three dealers in the area. My first question to the other dealers was, “Do you get leads from the car website?” They all said yes, yet no one could say that they received my form.  I went to describe what car I wanted and had built online. They all said that they would look to find my car– I never heard back from any of them.

I finally called a car dealer that was outside of my mileage zone. A sales rep named Peter took my call, reviewed what I was looking for, and said he would get back to me.  He did inform me that my car could not be found in California and that it would be best to have the car built if I could wait 4-6 weeks.  I agreed ordered the car.  Peter followed up three times while my car was ordered to check to make sure everything was still on target and on time.

Today, I went in to pick up the car and Peter had spent over one hour reviewing the entire car, what it does, and answering any questions my wife and I had.  Then they sent us to finance to fill out all the paperwork. Finance went through the process in a very thorough and helpful manner.  Once we were done, he again went through the entire car to doublecheck that we knew all the bells and whistles. We thanked him and he asked if we would give him a good yelp review. We said of course and he asked if he we could do before we left, which we did.  Later in the day, he followed up with a text to make sure we were OK, and everything with the car was working great.

I have bought many cars over the years and Peter is unique in a world of under-trained salespeople. He is the best rep that I have come across in YEARS.  He has been in the business for eight years, so it was clear that to survive in car sales, he had to be great to make a good living.

It’s All About the Experience

I am sure all of you have experienced a sales process like I have above, if not buying a car- then something else.  Today, particularly large sales organizations have streamlined sales operations and instead of creating a unique experience for each customer, everyone is playing the same game canned sales lines, scripted yes’s and no’s and apologizes when things go wrong.  Peter was “old school” but it was refreshing. More importantly, he will stick in my mind when I need to purchase my next car.

As a salesperson, you will want to stick in the mind of your customers so when they need to buy again, they too will remember your name.

Be the first to comment on "When OK is Not Enough"