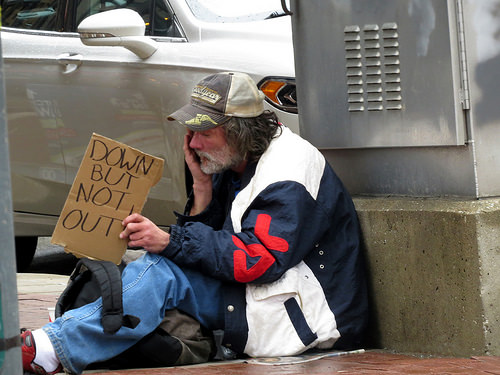 When Hurricane Maria struck Puerto Rico in September of last year, many here in San Francisco watched as the tragedy unfolded across newspapers and screens. One story from the disaster that stood out to me was about the cooks of Puerto Rico. When the hurricane first hit, agencies from the Red Cross to FEMA, the Federal Emergency Management Agency, rushed to provide relief. The agencies developed a major, multi-layered plan to handle the logistics of helping Puerto Rico recover. The plan would take an army of services and personnel to implement.

Finally, one man, chef José Andrés, asked the question: “How are we going to feed the people today?”

José saw the importance of cutting through the red tape of the extensive, complex plans that had been proposed so that the people of Puerto Rico would have access to food when they needed it. He created his own, far simpler plan:  José contacted every restaurant one by one and told them to start cooking. Soon, the plan José set in motion was feeding thousands, then millions of Puerto Ricans within the first two weeks. This was all accomplished through a loosely connected network of people that delivered no major plans – they simply passed the word along and got it done.

Today, San Francisco, the most liberal city and one of the richest in America, is faced with one of the largest homeless crises in the country, and the city can’t solve the problem. According to the San Francisco Chronicle, San Francisco spends $305 million on the homeless population, and yet homelessness is only getting worse.

To address the problem, San Francisco has created layers of bureaucratic redundancy in services, leading to more red tape then actual solutions. People are dying in the streets in their own filth and we are completely bogged down in our own bureaucracy. The city has also turned homelessness into a job creator. Serving the city’s homeless residents now accounts for thousands of jobs, which has in turn created a conflict of interest when it comes to implementing a true vehicle to reduce this problem and save lives today.

The current mayoral candidates know how important resolving the homeless crisis is to San Franciscans and are all running on similar platforms aimed at solving this issue by throwing more money and funding at it. This will only create more jobs while people continue to struggle on the streets as we wait for some new, bold plan to take effect.

San Francisco can learn from chef José Andrés and decide that we need to help the homeless today – not tomorrow, or next week or next year.

So how can we do that? San Francisco has the capacity to house a significant number of homeless residents in buildings that are currently vacant due to state requirements around seismic upgrades. These buildings include the Laguna Honda Hospital, parts of the San Francisco Juvenile Detention center, and the Women’s Cottages, which are all centrally located in one place. These facilities could easily be converted to emergency housing today, aside from the liability of seismic concerns.

This is where we need to ask ourselves a very simple question: do we want to save lives right now and use these facilities, or continue to put lives in danger on the streets for fear of a potential earthquake?

As a former hospital, Laguna Honda is built with everything we need to consolidate our services in one place and help people today. It has the ability to feed a mass amount of people with its large kitchens. It already has the structural layout to accommodate the needs of San Francisco’s homeless, yet our own red tape and current laws prevent us from taking advantage of it.

Current law says that we cannot hold anyone more than 72 hours unless a series of tests determine that a person cannot take care of themselves. At San Francisco General Hospital, the homeless are brought in and then sent right back out onto the streets because they don’t have enough beds and legally cannot hold them. California law also does not allow Laguna Honda and similar buildings to be reused because they no longer meet current seismic codes, so the city would likely be unwilling to take on the liability of re-opening them for homeless use.

Yet, look at José Andrés, the chef from Puerto Rico. He went around big, bureaucratic institutions that were set up to address major problems in a disaster and simply found a way to address the needs of the people immediately, not weeks or months later.

San Francisco needs to be bold. The city needs to announce a public emergency and open buildings like Laguna Honda today. If it means creating a sanctuary policy, similar to the one in place to protect illegal aliens, then we need to implement that policy for the San Francisco citizens that are helpless and dying in the streets.

I challenge Mayor Farrell, the members of the Board of Supervisors and the future Mayoral candidates to not hide behind more spending projects that will take years to implement with only a small chance of success. Instead, save lives today and open those buildings, consolidate our current service providers, and create your own policies that address and help solve this critical emergency today.