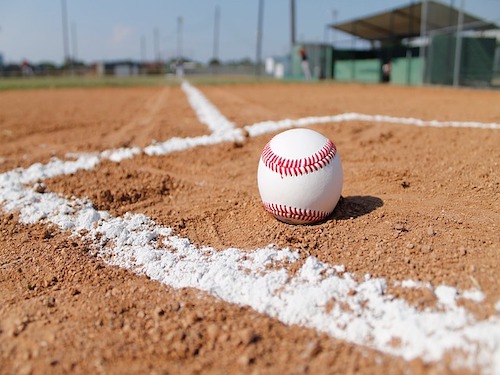 For those of you have that been reading my articles over the years, you know I like to use baseball as an analogy to address some of our career’s biggest challenges in sales.

One of my favorite quotes is from Ernie Banks, nicknamed “Mr. Cub” or “Mr. Sunshine.” Banks was a famous shortstop and first baseman for the Chicago Cubs between 1953 and 1971, and eventually was inducted into the baseball hall of fame in 1977.

Banks was known for his catchphrase, “Let’s play two!”, expressing his wish to play a doubleheader every day, just because he loved playing the game.

In an interview after he retired, he was asked, “what type of player would you have been if you played baseball now?” He responded by saying he certainly would not be in the Hall of Fame. When asked why, he explained that there is simply too many distractions today, and all he wanted to do was play ball.

Big Shots Get Shot Down

When you review the last ten years of “big time” contracts in baseball, you’ll notice a big change in the way players perform before and after they’ve signed.  Almost all of them have failed miserably. Performing at a level nowhere near where they were playing before they signed.

For example, my team– the San Francisco Giants (who have won three World Series) still have players on the team who were not only part of that legacy, but some were our key players. These once called “champions” are now considered “fading stars” since they signed large salary contracts. Yet, in baseball years, they are still considered young and have a lot more left in their careers. Could it be that they are simply too distracted?

Again, we see this year in the World Series that the big ticket players were not a factor.  In fact, it was journeyman, Howie Kendrick on the Washington Nationals, who led their team to victory.

How does this apply to you as salespeople?

If you have made it in sales at a high level over a number of years have you become distracted. Do you have the same fire in the belly as you did during your most productive years. Have you begun to fade if so is it because you have everything you now want and you have lost your edge.

Nolan Ryan and Bartolo Colón pitched into their late 40s. They made their money and status in the baseball world, but they not only kept playing beyond an athlete’s typical prime, they continued to dominate the game.

How did they do it? They remained passionate about their profession and they worked harder each year as they got older. Nolan Ryan would use the off season to focus on his workouts and build strength. His belief was that you need to work out twice as hard the older you get. As salespeople, we need to do the same thing. As we enjoy success, we cannot take it for granted and we have to push ourselves beyond our limits.

So, if you have “made it” so to speak, and you are still performing at your highest level–– what is motivating you to keep succeeding? If you are no longer a top producer, the question might be, “What am I doing differently that’s making me less successful than I once was?” The answer might be too many distractions and not enough FIRE.

Defining The Role of a Champion

How to Increase Your Sales Production In 2018

Be the first to comment on "Is Your Success a license For Ultimate Failure?"