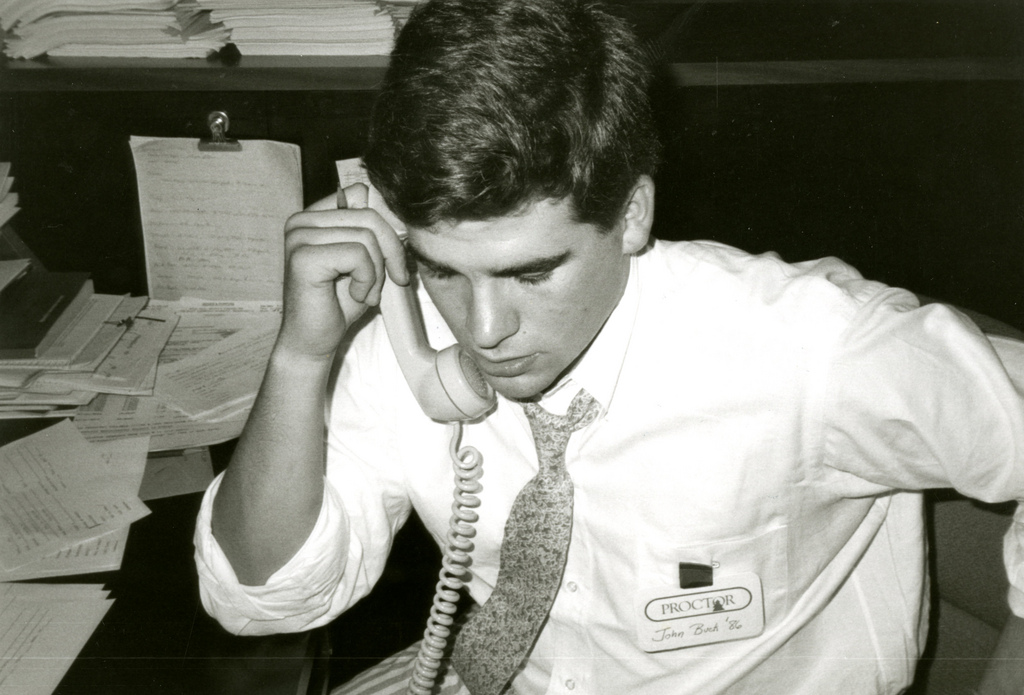 Walk into almost any office today and listen. Among colleagues chatting and the sound of typing, what don’t you hear? Phones ringing… From sales offices to accounting firms, phone calls are becoming a relic of the past. For commercial real estate, this switch to digital communication is changing the layout and function of office spaces, and will continue to impact how we conduct business.

Historically, a conventional office was laid out so that 60 percent of the floor plan was relegated for private offices and 40 percent for an open plan. Private offices were needed to cut back on noise transmission from calls and to give employees privacy for their conversations. Executives would be assigned larger offices with larger desks to allow them space to lay files out during conference calls. The desk layout was designed for the phone.

Today, current office layouts look more like this: 70 percent of the floor plan is allocated to an open plan and 30 percent is for enclosed rooms. In most cases, these rooms are not private offices, but instead are meeting rooms or also known as “phone closets,” where private calls can be made.

With this current office layout, the executive team has moved into their office’s open area with the rest of a company’s employees, leading to a new view of leadership ladders. Today’s leadership is often no longer rewarded by private offices or larger work areas, but can be found among the larger work force.

The new office layout has impacted more than just where employees sit. It has also affected work culture and engagement. Collaboration management is now the new work dynamic. Teams have replaced individual performance. Individuals are still held to expectations, but teams carry the weight of successes and failures. In recruiting, companies are placing increased emphasis on individuals that work well with others. The individual star players who stand alone aren’t valued as highly as in years past.

The negative impact of today’s focus on digital communication can be seen in sales teams. Historically, sales offices created their energy from the noise of others. The traditional sales “bull pen” was designed in such a way that sales calls could be heard, and acted as an incentive to get others into their sales calls. Salespeople competed to match the volume of calls made by their team.

Today, the sales “bull pen” is quiet, making it harder to create the same energy and pressure to succeed. Rankings, competitions, and other methods of motivating sales teams have changed as sales has shifted from the phone to the computer.

Developers and building owners are re-designing their office spaces and simplifying designs to match the demand for open floor plans at a tremendous cost. Today’s new office look was yesterday’s starting point to the development of an office buildout. Acoustical ceilings and lighting to promote noise reduction have been replaced by minimal ceilings and dropped light fixtures. As a result, today’s offices no longer have the stature of success that comes with the look of solid wood walls and grand entries and lobbies. All consequently from the disappearance of the phone call.

via How Digital Communication is Affecting Office Design